“There is a tide in the affairs of men, Which taken at the flood, leads on to fortune. 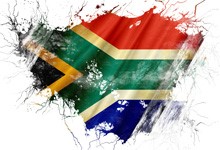 Omitted, all the voyage of their life is bound in shallows and in miseries. On such a full sea are we now afloat. And we must take the current when it serves, or lose our ventures.” (Shakespeare)

For several years commentators have been sounding alarm bells about South Africa’s steadily rising debt whilst economic growth has stalled. As the Minister himself put it: “Our problem is that we spend more than we earn. It is as simple as that”. On top of that State-Owned Enterprises (SOEs) have been poorly led and even more poorly governed as President Ramaphosa recently said that R500 billion has gone missing due to state capture.

This has put our debt past 50% of GDP (from the low twenties a decade ago), non-productive government spending has risen, salaries now account for 35% of state expenditure and low economic growth stifles tax collections. In addition, Eskom has received extra funding of R52 billion this year. As they say, something has to give.

There have already been consequences as two of the three major ratings agencies (Fitch and S&P) have downgraded South African debt to junk status and Moody’s (as we discuss more fully below) are closely watching.

South Africa is also in a delicate socio-economic position with rising social unrest, growing unemployment and it is recovering from state capture. Thus, drastic spend cuts or growth in SARS income are unrealistic. That leaves selling state assets as the most viable alternative to arresting the ongoing rise in our debt.

It is not just ratings agencies that have been anticipating the MTBPS but also business which could throw large resources into the economy if it sees that government is committed to turning around the slide of recent years.

So, how did the Finance Minister do?

The initial reaction to the MTBPS was one of disappointment, symbolized by the rand shedding 2.5% against the US dollar and bond yields dipping. It was not just that the Minister painted a picture of a sliding economy over the next three years but there were few specifics as to how the South African economy is going to get out of an increasingly nightmarish hole.

For example, Minister Mboweni was expected to provide some detail as to how Eskom’s debt (R450 billion) was going to be restructured but all he said was that Eskom must implement meaningful reforms before tackling its debt. In the Minister’s own words: “In addition to low growth, South Africa’s biggest economic risk is Eskom … Over the medium term and beyond, government will manage the massive risk to the economy and the fiscus associated with Eskom.”

Comment: This is disappointing as population growth is 1.6%, so in reality GDP will grow by 0.8% in 2023 and be negative this year.

Comment: As inflation hits the poor the hardest, this is good news.

Comment: If we look back a few years, government were saying that Debt/GDP would peak at around 50%. We have gone through that and are now looking at 70% and beyond. The nation is in danger of falling into a debt trap – rather like the consumer who, unable to borrow more money, finally maxes out his credit cards and spends most of his time paying off debt.

So, what does that mean for us?

The Finance Minister showed a bleak scene and clearly the government is struggling to get consensus as to how to address what is becoming a very serious problem. The Minister highlighted that in the next three years R150 billion has to be found either in tax increases or spending cuts. In the February budget he will give the nation concrete measures to be taken.

For the man in the street expect more tax increases in the February budget.

Moody’s and our junk status risk

On 1 November, Moody’s changed its outlook on South Africa from stable to negative. In a blunt statement, it gave the government notice that unless it comes up with “a credible fiscal strategy to contain the rise in debt” in the budget in February, Moody’s will most likely downgrade South Africa to junk status. That will trigger overseas financial institutions selling an estimated US$15 billion of South African bonds.

That would of course hurt us all and leave our nation, as Shakespeare put it, “bound in shallows and in miseries”. Let’s hope we dodge that one – on average it takes a country five to six years of hard slog to get out of junk status.